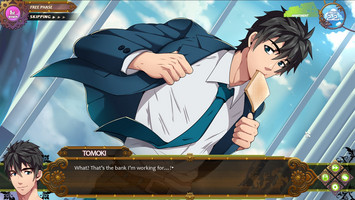 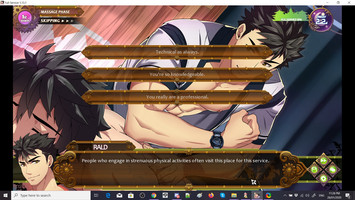 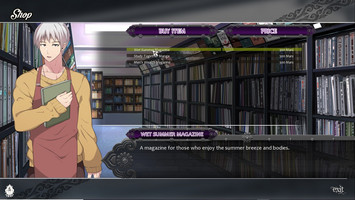 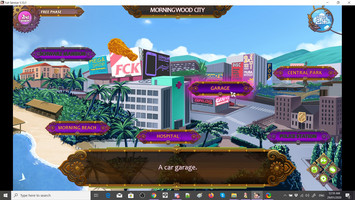 So it's finally here, the release of Full Service.

A message from the writer

It's me, Alphys, or to some earlier backers and followers as Writer-kun.

It took quite a bit of time and effort just to get here, but we're finally at that point where we can say that we have a playable game. For the past almost 3 years, we've been implementing what was originally promised in the original Kickstarter (which was made before I arrived in the team). With the help of everyone in the Herculion Team, we somehow did it. \

What to expect in the future

There are still future updates for it that you can look forward to, so watch out here and on our Twitterfor more announcements. We are now working on pushing for the release on STEAM as well, as the review process takes time. But we'll also make an announcement about that too.

In case of issues or trouble

For those who have bought the game and encountering any bugs, we humbly ask you to report as detailed as possible through our zendesk (herculion.zendesk.com). You may also ask us about concerns with email changes and if you did not receive your key. We'll be more than happy to help.

It took a lot out of us just to get here, but I think it was worth it. On behalf of everyone in this small team of people who made this game, we thank you for your patience and continuous love of the project. We hope that you'll enjoy the story we want to portray through this visual novel. See you until the next update!

Will I get an Android key as well as soon as it's available, if I buy the game from itch.io? That would be a reason NOT to buy it from Steam.

So when will android release?😓

I've found a bug on the game.

When you try giving the "chocolate" as a gift (to Rald in my case) causes the game to crash. Well, not to crash but it pops out a gray color text with a various options (one of them is to continuing playing).

I THINK the bug occurs JUST as when the mouse goes throw the chocolate image on the gift menu.

Is there no autoplay?

Is there going to be a walk through released for the game at any point? I've gotten the good end with every character but am missing some pictures.

Anyone else being Taxed as well as purchasing the game!? The game is already £30 which is how much a standard game costs why do I have to pay even more?

Yeah I was surprised by that tax too. The price rises to one of triple A games. For a VN game that's a lot. I was so looking forward to this game but now I'm hesitating.

Are there animated CG scenes in this game?

Finished two routes today. While the wait was painful for everyone, I enjoyed playing the game. If ever you guys plan to do other games in the future, hopefully everything that happened so far with FullService will serve as a lesson. Again, thank you for this.

can you interact with the side characters other than just talking with them?

Sorry to say buddy but I can't use money on games now. but When I starts. Full service will be the first game to buy. Love you guys

Is it just me or does anybody else have a weird time of unresponsiveness in the game? Like after picture my game is unresposive for about 10 seconds until i can continue.

Actually I have pretty same but with game in general. Even when you are in main menu the mouse cursos its like lagging etc. And no, its not my PC fault,other friend has same issue.

It's an issue with the game maker the company used. Renpy isn't exactly the best to use. Their competitor game had the same problem on the main menu and the developer of that title said there was nothing they could do.

Was that a thing that was known before? And does that mean everyone is experiencing this problem? Because I sure didn't know and wouldn't back a game that's impossible to play in this state.

ah, sry to hear that, it sucks :/ I've written an e-mail and so far they asked for my GPU and specs. Let's see what else they have to say. I'll update if anything changes. Did you guys find a solution yet?

I can't imagine how you guys should feel now that the game is finally released. Thank you so much for all the effort you put into this. I can't wait to experience this game.